One of the most ornery men I have ever met in power plant life was the Electrical Supervisor at the Power Plant named Leroy Godfrey.  Compared to the Power Plant Heroes of my day, the old school Power Plant Men were from a different breed of character that I would describe more as Power Broker Men.  They worked in a culture of total rule much the way dictators and despots rule their people.  They expect immediate respect before they elicit any behavior worthy of respect.  Their position spoke for itself.  They generally wore a frown on their face that has been imbedded in their facial feature permanently.  This was pretty much what I thought about Leroy Godfrey when I first met him.

My first real encounter with Leroy Godfrey was when I joined the electric shop as an electrician.  I quickly realized that to my benefit, I was a pawn in a game that was constantly being played between Leroy Godfrey and the Assistant Plant Manager and the Plant Manager.  For reasons that I will relate in a later post, Bill Moler the Assistant Plant Manager and the Plant Manager Eldon Waugh did not want me to be promoted from a Laborer to an Electrician.  As soon as Leroy Godfrey realized this, he did everything in his power to make sure I was the person chosen to fill that position.  It didn’t matter to Leroy if I was the best qualified (which I turned out to be based on performance ratings), or that I had less seniority than most everyone else on the labor crew.

I first considered becoming an electrician when I was a janitor and Charles Foster an Electrical B Foreman asked me if I would be interested because I liked to clean things and a lot of what an electrician does is clean things (believe it or not… in a power plant).  I was thinking I was probably going to try to be an operator before Charles asked me that question.  So, I started preparing myself by taking correspondence electrical courses offered by the company and a housewiring course at the Vo-Tech.

To make a much longer story short (as the details belong to another story), I was selected to fill the vacancy in the Electric Shop.  Then I found myself under the rule of Leroy Godfrey, who was happy as a lark that I made it to the electric shop because he had won a major victory in exerting his power over his fellow power brokers, but you couldn’t tell that by looking at him.  Leroy had a constant scowl on his face.   He looked like he was mad at the world.  Sometimes you would walk up to him and start talking to him and he would just walk away without saying a word as if he didn’t care to hear what you had to say.   Here is his picture that shows his expression when he knows he has just won the current round of whatever game he is playing at the time. 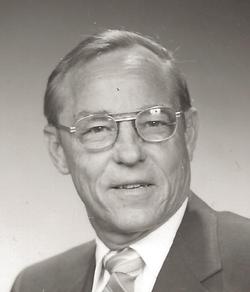 I was the type of person that was very blatantly honest when I didn’t know something.  I was not a seasoned electrician when I joined the shop and I didn’t pretend that I was.  I looked to my fellow crewmates to teach me everything I needed to know and they did an excellent job.  The people on my crew were all real Power Plant Men (and Lady) of the New school of thought.  Once after I had been an electrician for a couple of years Leroy asked me to go to the shop and get the Ductor because he wanted to test the generator shaft during an overhaul.  When I asked him where the Ductor was and what did it look like, he stood there in amazement at my stupidity.  He asked me over and over again to make sure he had heard me right that I didn’t know what the Ductor was.  I answered him plainly.  “No.  I don’t know what the Ductor is.  But I’ll go get it.”  He said he couldn’t believe that anyone in his electric shop wouldn’t know what a Ductor was.  That is just a taste of the his management style.  Actually, it turned out that I had used the Ductor before, but I didn’t remember the name.  To me it was a very precise ohm meter (a milli-ohmmeter). 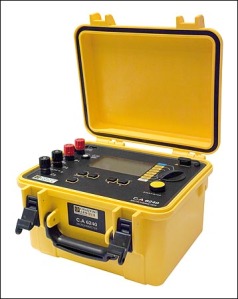 This is the picture of a new ductor.  We had a very old model.

I could go on about different instances that took place to illustrate how Leroy managed his employees, but it isn’t really the main point of this post.  It is important, I believe, to understand why the old school culture was the way it was.  Leroy was very smart.  He had more raw knowledge and understanding in his little finger than the plant manager and the assistant plant manager put together.  Based on that, today you would have thought that he would be in a plant manager position making all the important decisions.

That is not how the system worked while Leroy was moving up in the ranks.  In the era when the old school of thought prevailed, the electric company could run as inefficiently as it wanted, and it was guaranteed a 10% profit, based on revenue minus expenses and depreciation.  There was little incentive to improve plant operations other than to at least maintain the capital assets by spending at least as much as depreciation on capital projects.  In this environment people were promoted into higher positions based on friendship more so than ability.  So, if you were someone’s roommate in college (and we all knew examples of this), it didn’t matter if you knew nothing other than how to sign your name at the bottom of a requisition, you could eventually make your way up to plant manager or even higher as long as your roommate was one step higher than you.

To someone with brains such as Leroy Godfrey, this was very frustrating.  Here he was the Electrical Supervisor at a power plant with the two people above him who used political games to make major decisions.  Leroy, of course, could out maneuver them based on brain power alone, and would take great pleasure in constantly proving them wrong whenever they made a decision without consulting him first.  I could always tell when Leroy was happiest.  It was when he had the biggest scowl on his face.  I suppose it was because he was getting ready to checkmate his opponents.

I found out later by Bill Bennett our A foreman that the reason that Leroy would act like he wasn’t listening to you was because he was deaf in one ear.  If you were standing on one side of him, he couldn’t hear you.  So, you could be standing there talking away, and Leroy would just walk away as if he didn’t hear you, and that would be the reason.

Something happened on July 2, 1982 that changed the power plant world.  Especially in Oklahoma.  History will record it as July 5, but it was known in the financial world after the market closed on Friday July 2.  This was the failure of the Penn Square Bank in Oklahoma City.  It was the beginning of the end of the Oil Boom of the late 70’s after the oil crisis of the mid and later 70’s.  Suddenly the future demand for electricity turned downward and for many years to come there would be a surplus of electricity on the market.  What made it worse was that there were laws put in place to help up and coming co-generation plants that were still on the books (Such as PURPA, the Public Utility Regulatory Policies Act of 1978) in which small co-generation companies could feed off of the large electric companies guaranteeing their success at the detriment to the major electric companies.

During the years that followed, the electric company found that they had to compete for the electricity they sold.  This is where the new school of power plant men began to shine.  They had been cultivating their culture at our plant for years trying to prove their worth, not aware and not really caring that it was “who you knew” and how much you were liked by the person making the decision that determined your promotion to a higher position.  The new power plant men had become experts in their fields and took pride in their work.  The board of directors of the electric company must have known that the old school employees would not cooperate with the new way of thinking, because by 1987 they decided to early retire anyone over 55 years old, and then layoff employees where the company had over compensated based on their earlier estimates of growth.  A first in the history of the company.

This is when Leroy and the other old school power broker men were given an incentive to early retire.  At the retirement party people stood up and said things about the different retirees.  Usually just funny things that may have happened to them over the years.  Leroy’s daughter Terri stood up and said that she understood what the electricians must have gone through working for Leroy because, remember, she had to LIVE with him!  We laughed.

To put it in perspective.  Leroy worked almost his entire adult live at that point for the power company.  Over 34 years.  — During the years under the old school plant manager and assistant plant manager at our plant Leroy had to face one abuse after another.  To name just one instance, the plant manager conspired to discredit Leroy’s best friend to the point that he was fired in disgrace, just so that Leroy would be friendless and have to turn to them for friendship (to give you an understanding as to why I often refer to the plant manager as the “evil plant manager”).  This was known to us because while the plant manager was planning this with a hired undercover “snitch”, he was taping the conversations, which were later used in court to clear Leroy’s best friend Jim Stevenson.

Can you imagine the stress this puts on a person that then has to go home at night and be a supportive husband and father?  Leroy lived another 24 years after he retired from the company.  That is a long time to overcome the bitterness left over from the abuse Leroy took from the Manager and Assistant Manager at the plant.

There are two things that make me believe that Leroy was finally able to find the great peace and dignity in his live that all good Power Plant Men deserve.  First, it is the loving words of his daughter Terri who many years ago, couldn’t resist “feeling our pain”. ” Daddy/Poppy, your love will forever live within us. Thank you for setting such a decent moral tone and instilling your high standards in us.”

Secondly, I know now where Leroy’s greatest love has always been.  He didn’t measure himself by how high he could rise in the totem pole of managerial positions in a power company.  He didn’t need to prove his self worth by how much the plant depended on his knowledge.  I believe that he had one main goal in life and once that goal was fulfilled, he had no other reason to remain.  You see, just two weeks prior to Leroy Godfrey’s death, his wife Lydia had passed away on February 22.  Enough said.  Leroy’s heart and soul is right where it has always belonged and where it remains for eternity.  Alongside his wife Lydia. 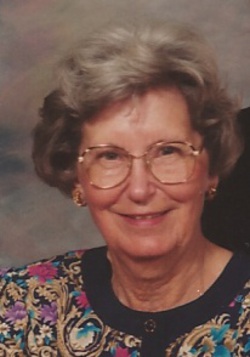