The day I became an electrician at the coal-fired power plant, I suddenly became an expert in electricity.  I think it was on Tuesday, just one day after joining the electric shop that I was walking through the welding shop when someone stopped me and asked me how they would wire their living room with different light switches at different corners and make it work correctly.  As if I had been an electrician for years.  Luckily I  was just finishing a house wiring course at the Indian Meridian Vo-Tech in Stillwater, Oklahoma and they had us figure out problems just like those.

Within the first week, George Alley brought a ceiling fan to the shop that he had picked up somewhere and was wondering if we could get it to work.  My foreman Charles Foster thought it would be a good small project for me to work on to help me learn about electrical circuits.  After all, this ceiling fan could go slow, medium and fast, and it could go forward or reverse.  Only at the moment, all it would do was sit there and hum when you hooked up the power.  — So that was my first “unofficial” project, since the main goal was to make George happy so that he would help us out when we needed something special from the mechanics.

When I was a janitor, I had observed the electricians preparing to go to work in the morning, and often, one of them would go to the print cabinets at one end of the shop and pull out a blue print and lay it across the work table and study it for a while.  Then they would either put it back or fold it and put it in their tool bucket and head out the door to go do a job.  Now, it was my turn.

Andy Tubbs was one of the two people that played the best jokes on me when I was a janitor.  Larry Burns was the other person, and he was the person I was replacing as he had moved to another plant.  Andy was the one that had taken the handle off of my push broom the moment I had my back turned so that when I turned around to grab my broom, only the broom head was on the floor, while the broom handle was across the counter by the lab, and Andy was across the other side of the room trying to act like he wasn’t paying attention, but with an expression like he had just played a darn good joke.  — I actually had to go back into the bathroom I was cleaning so that I could laugh out loud.  I was really impressed by Andy’s ability to play a good joke.

While I’m on the subject, shortly after I became an electrician, I was sitting in the electric shop office talking to Charles when he stopped and said, “Wait…. Listen….”  We paused, waiting for something….  A few seconds later, the sound of a hoot owl came over the PA system (what we called the “Gray Phone”).  Charles said,  It’s an interesting coincidence that the only time the perfect sound of a hoot owl comes over the Gray Phone is when Andy Tubbs is riding in an elevator by himself or with a close friend.

I had been sent with Andy Tubbs and Diana Lucas (later Diana Brien), to go to the coal yard and figure out why some circuit for the train gate was not working.  Andy had pulled out the blueprints and was studying them.  I came up alongside him and looked at all the blue lines running here and there with circles with letters and numbers, and what I recognized as open and closed switches…. 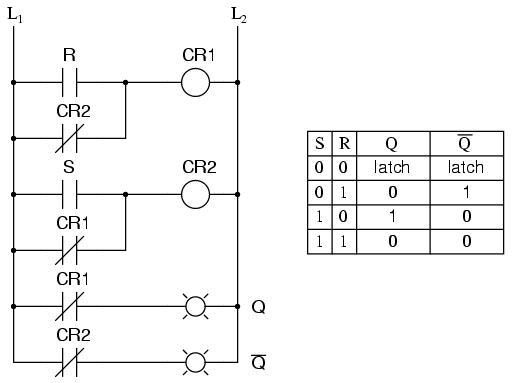 “Think of electricity like water in a hose.  Voltage is the water pressure.  Amperage is the amount of water going through the hose.  You can have the nozzle on the end of the hose shut off so that no water is coming out and then you have no amperage, but you will still have the pressure as long as it is turned on at the source so you will still have voltage.  In these diagrams, you just have to figure out how the water is going to get from one side to the other.  These circles are things like relays or lights or motors.  When the electricity makes it through them, they turn on as long as the electricity can make it all the way to the other side.”

That was it!  That was my lesson in ‘lectricity.  All I needed to know.  The blueprints were big puzzles.  I loved working puzzles.  You just had to figure out how you were going to get something to run, and that meant that certain relays had to pickup to close switches that might pick up other relays to close other switches. I found that most of the electricians in the shop were good at working all sorts of puzzles.

Andy went to the cabinet and grabbed one of the Simpson multimeters and a handset for a telephone that had red and black wires wrapped around it.

A telephone handset that looked like this, only it had a battery taped to it, and two leads coming out the bottom

I was puzzled by this at first.  I thought I would just wait to see what we did with it instead of ask what it was for.  We grabbed our tool buckets (which also doubled as a stool and tripled as a trash can as needed), and put them in the substation truck.  The other truck was being manned by the designated electrician truck driver for that week.  We needed a truck that we could drive around in without having to hold up the truck driver.

We drove to the coalyard and went into the dumper switchgear.  Andy and Diane opened up a large junction box that was full of terminal blocks with wires going every which way in an orderly fashion.  They located a couple of wires, and Andy unwrapped the wires from the handset while Diane removed the screws holding the wires to the terminal block.  Then Andy clipped one wire from the handset to each of the two wires and handed me the phone.

Diane told me that they were going to drive down toward the train gate where the railroad tracks come into the plant and try to find these wires on the other end.  So, what they needed me to do was to talk on the phone so when they find my voice, they will know that they  have the right wires.  Diane said, “Just say anything.”  Then they left the switchgear and I could hear them drive away in the truck.

Well.  This was my opportunity to just talk to no one for a while without interruption.  How many times do you get to do that in one day?  Probably only when you are on the way to work and back again if you aren’t carpooling with anyone.  So, I just kicked into Ramblin’ Ann mode and let myself go.  I believe my monologue went something like this:

“The other day I was walking through a field, and who should I run across, but my old friend Fred.  I said, ‘Well, Hi Fred, how is it going?’ and Fred told me that he was doing just fine, but that he had lost his cow and was wondering if I could help him look for it.  I told him I couldn’t right now because I was helping some people find a wire at the moment, and if I became distracted, we might not only lose the cow, but we might lose the wires as well, so I better just keep on talking so that my friends on the other end can find the wires they are looking for. After that I went to the store and I picked up three cans of peas.  I thought about getting four cans of peas but settled on three and brought them to the checkout counter, and while I was waiting in line I noticed that the little boy in front of me with his mom was looking at me as if he wanted to have one of my cans of peas, so I quickly made it clear to him that I was buying these cans of peas for myself by sliding them further away from him and glaring at him.  Luckily the boy wasn’t persistent otherwise I would have broken down and given him a can of peas because he was looking kind of hungry and I was feeling sorry for him, though, I didn’t want him to know how I was feeling, so I put on a grim expression….”

Needless to say… My monologue went on for another 15 minutes.  Yes… .15 minutes.  I had expected Andy and Diane to have returned earlier, but I didn’t know how hard it was going to be to find the other end of the wires, so I just kept on ramblin’ to the best of my ability.  It’s like what it says in the Bible.  If we wrote down everything I said, it would have filled many volumes.  Being a Disciple of Ramblin’ Ann came in handy that day.  For more about Ramblin’ Ann, you can read the following post:

Five months after I had joined the electric shop, Andy and I were sent to Oklahoma City to learn about a new kind of electric troubleshooting.  It was called “Digital Electronics”.  I had just finished my electronics class at the Vo-Tech, and so I was eager to put it into practice.  Andy and I went to a two day seminar where we learned to troubleshoot what was basically a PC motherboard of 1984.  We used a special tool called a digital probe and learned how the processor worked with the memory chips and the bios.  It wasn’t like a motherboard is today.  It was simple. 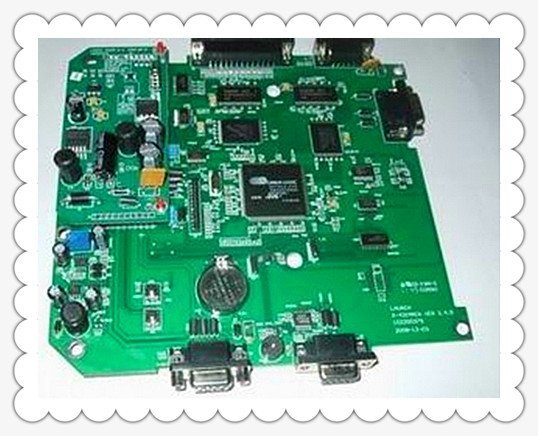 It was just designed for the class so that we could use the digital probe to follow the different leads from the chips as the electric pulses turned on and off. 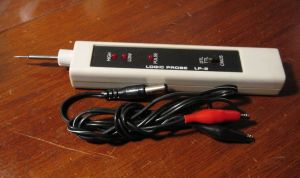 We were using digital probes similar to this

At the time I was thinking that this was a waste of time.  I had been learning all about troubleshooting electronic circuits from Bill Rivers and Sonny Kendrick.  I couldn’t see how this was going to be useful.  I didn’t know that within a couple of years, most of our electronic circuits in the precipitator controls were all going to be replaced with digital controls, and this was exactly what I was going to need to know.

So, Andy and I spent two days learning  all the basics of how new computers were going to be working.  This was the same year that Michael Dell was beginning his new computer company further down I-35 in Austin Texas.  Who would have thought that 18 years later I would be working for Dell.  But that’s another lifetime away…