The Heart of a Power Plant

I was considered the one that “got away”.  Power Plant Men don’t normally leave the Power Plant to go work somewhere else unless they are retiring, being laid off, or for some other compelling reason.  I freely walked away of my own accord August 16, 2001.  I left a job where I could have worked until the day I retired to step out into the unknown.  But… that was the way I had arrived on May 7, 1979, 22 years earlier.

Just as I had driven onto the plant grounds those many years ago, unsure what I was going to encounter, I was now leaving the coal-fired Power Plant in North Central Oklahoma to change my career and become an IT programmer for Dell Computers in Round Rock Texas.  When I arrived my first day at the plant, I had no idea what I was stepping into…  The day I left I was in the exact same boat. 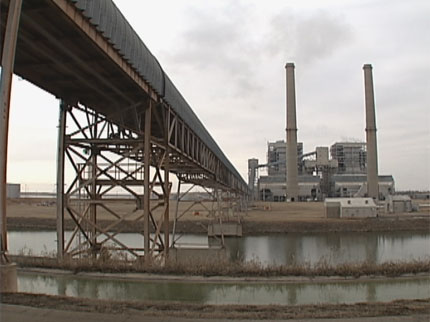 So far, I have gone through my life accepting whatever happens as something that happens for a reason.  With that in mind, I have the belief that whatever the future holds, I just need to hang in there and everything will work out for the best, even though it may not seem like it at the time.  Let me tell you about this experience….

I had accepted the job offer from Dell early in January.  My start date had been set for June 4, 2001.  They were giving me $3,000 for moving expenses to move down to Round Rock when I finished college in May.  I was being hired as an undergraduate college hire.  I would be starting at a slightly smaller salary than my base salary as an electrician.

I was taking a considerable cut in salary when you consider the overtime that a Power Plant electrician racked up in a year.  I figured I was starting at the bottom of the ladder in my new job, where I was pretty well topped out at the plant with no opportunity to advance in sight.  Maybe in a few years my salary would catch up and surpass what I made as an electrician.

For about 10 weeks, we drove down to the Austin area and look for a house on the weekends.  It became apparent soon after our house hunting began that the cost of houses was somewhat higher than they were in Stillwater Oklahoma.  We finally had a contract on a house in Round Rock, just 10 minutes away from the main Dell campus.

While we were looking for a house in the Round Rock area, we kept hearing on the radio that Dell was laying off thousands of employees.  The Internet bubble had burst and the drop in sales of computers was taking a toll on the company.  Every time I called the recruiter, I would find that they had been laid off and I had been assigned a different recruiter.  This was disheartening to say the least.

Here I was in a perfectly secure job as an electrician at the Power Plant and I was leaving it to go work for a company that was in the middle of laying off employees.  My wife Kelly and I had been saying one Novena after the other that we make the correct decision about what we should do, and we had chosen Dell Computer.  It just seemed like the right place to go.  So, we decided to just go along with it.

We prayed the Infant Of Prague Novena every day that we made the right choice.

The Infant of Prague is a wax statue of Jesus as a Boy in a Church in Prague, Czech Republic

I gave the plant a 3 month notice that I would be leaving in June.  We had timed the purchase of the house in Round Rock for Friday, June 1.  I would start work the following Monday.  Dell was going to send me my moving expenses on May 4th, one month before my job would begin.

On the morning of Thursday, May 3rd, our realtor in Stillwater called and said she had a contract to sell our home in Stillwater and was going to head out to our house for us to sign.  I had stayed home that morning for that reason.  We were expecting her to arrive at 9:00 am.

At 8:30 I received a call from Dell computers that went something like this….. “Kevin, I am calling to inform you that your offer for employment has changed.  Your first day will no longer be June 4, but will be August 20 (2-1/2 months later).  The good news is that you still have a job with Dell, it just doesn’t start until August.”

I hung up the phone and looked at Kelly who was standing there watching my face go from a normal tan to a red glow, then an ashen color all in the matter of 20 seconds.  I explained to her that Dell said I still had a job, but it wouldn’t start until August.

The Realtor was going to be arriving in about 20 minutes for us to sign to sell our house.  Everything was in motion.  It took Kelly and I about 5 minutes to discuss our options before we decided that since we had been praying to make the right choice, we were going to go with this new development.

I called Louise Kalicki, our HR supervisor at the plant and told her that Dell had moved my start date from June 4 to August 20, and I wondered if I could stay on the extra two and a half months.  I was surprised that she had an answer for me so quickly, but here is what she said, “We can keep you on until August 17, but after that date, we will no longer have a job for you.”  I thanked her, and hung up the phone.

Our realtor arrived with the contract for us to sign to sell our house with five acres.  When she walked in the kitchen, I told her what had just happened 1/2 hour earlier.  I could see the sick look on her face after she had worked so hard for so many months to find a buyer for our house.  Here I was telling her that Dell was postponing my hire date.

When I came to the part about where we decided to go ahead with our plans and sell the house and move to Round Rock, I could see all the tension that had been building up behind her ever increasing bulging eyes suddenly ease off.  We signed the papers and our house was set to be sold on June 29.  I had to swing a loan for the month where I bought the house in Round Rock and I sold my house in Stillwater (and hoped that the house was actually sold on time).

A few hours later I received a call from the Dell recruiter saying that he had pulled a few strings and I was going to receive my moving expenses the following day.  The following week after that, the recruiter that had helped me had been laid off as well.

When my final day had arrived on August 16 (I was working 4 -10s, and my last work day that week was Thursday), I was given a going away party (see the post “Power Plant Final Presentation“).  The party was over around 1:30 and I was free to leave.

I said my goodbye’s to my friends in the office area and went down to the electric shop to gather up the rest of my things and leave.  Scott Hubbard asked me if he could trade his Multimeter with me since I had a fancy True RMS Multimeter and he was still using an older version.  So, I traded him, and picked up my tool bucket and headed for the parking lot. 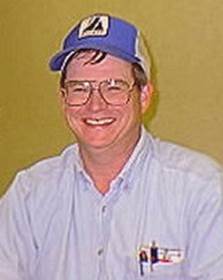 As I approached my car, I could see that Diana Brien was out there waiting for me to leave.  She gave me a Chocolate Chip Cookie the size of a pizza and said she wanted to say goodbye to me and tell me that she had enjoyed being my bucket buddy all those years.  I told her I was going to miss her and everyone else in the shop. 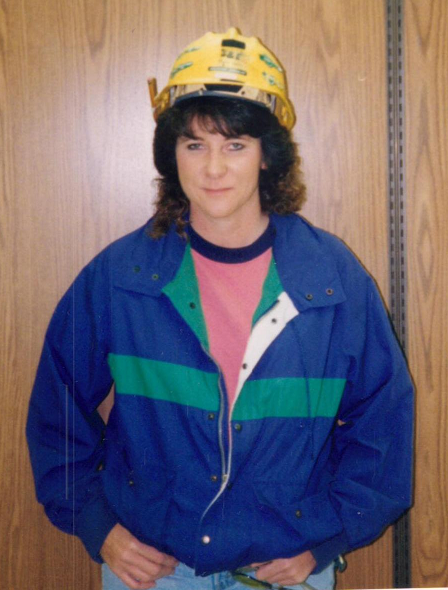 With that I climbed in my car and drove away.

When I was selling my house outside Stillwater, I thought that the thing I was going to miss the most was the wide open spaces where we lived.  Our house was on a hill in the country overlooking the city of Stillwater.  We had an Atrium in the living room where you could sit and look at the city lights at night and watch thunderstorms as they blasted transformers around the town.

I was moving into a neighborhood where the house next to ours was no more than 15 feet away.  I thought I’m really going to miss this house….  I thought that until the moment I drove out of the parking lot at the Power Plant.

Then it suddenly hit me….  What about my family?  What about all those people I have just left behind?  When am I ever going to see them?  The thought of missing my house never entered my mind from that moment on.  It was replaced by the great pain one feels when they pack up and walk away from their family not knowing if you will ever see them again.

My heart was still back there with the Power Plant Men and Women I left behind.

The seven hour drive from the plant to Round Rock Texas was a blur.  I knew that I had just closed one door and stepped into an entirely new world.  I didn’t even know if I would like being a programmer when it came down to it.  I had always just been a hacker and I knew I had a lot of holes in my knowledge.  I wasn’t sure if I was going to be any good at my job.

To make that long story short, I have never regretted my move to Round Rock Texas.  I have just gone with the flow knowing that whatever happens, it happens for a reason.  After 12 1/2 years working at Dell, I changed jobs again to work for General Motors in their IT department where I am currently working with the Onstar team.

My friends at Dell asked me the past few years… “Are you going to write about us like you do with the Power Plant Men?”  My reply to that question was “I don’t know… Maybe I will.  I haven’t thought about it.”

That was the same thing I told Sonny Karcher the first day I arrived at the Power Plant and he asked me what I wanted to do when I graduated college.  I told him. “I don’t know.  I was thinking about becoming a writer.”  His next question was, “Are you going to write about us?”  I replied, “Maybe I will.  I haven’t thought about it.”