Tales of a Tall Power Plant A Foreman

By Plant Electrician on November 8, 2017

Originally posted October 19, 2013:
Everybody seemed to like Bill Bennett. We didn’t like him because he possessed a profound knowledge in the field of electricity. No. We liked him because he was a good person. Bill was a tall very thin black man that sort of reminded you of Bill Cosby.

Bill had a gruff cigarette voice as he was a chain smoker. Often he would say his first words to me when he came into the Electric Shop office for lunch each day in the same manner that Aunt Esther would say something to Fred Sanford. His lower jaw would jut out and he would shake his head with a look of total disgust… like this: 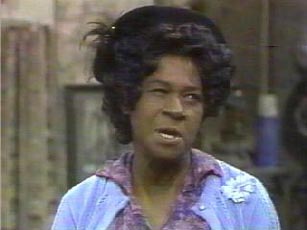 With this expression, Bill would often look at me and say, “You Scamp!” Dragging it out for the full effect. Nothing would bring a smile to my face faster than having Bill berate me by insulting my integrity as a person. He would also add on additional phrases like, “…You disgust me!” Or… “….you scum!” — I felt like Gomer Pyle by that point with a big grin on my face.

I just wish everyone could work for such a great guy at least once in their life.

I’m not saying that we didn’t have our disagreements throughout the years that he was our A Foreman at the Coal-fired Power Plant in North Central Oklahoma. I recognized that Bill had his way of viewing the world, and I had mine. And even though my way was always the right one, I realized he had a right to his view even when it was wrong.

At those times what could you do? Probably the same thing I would do. Fall on the ground kicking and screaming and then try to make your face turn blue by holding your breath. — That never seemed to change his mind though. Probably because I liked breathing too much and would find that it didn’t take long before I would develop an overwhelming urge to take another breath.

Anyway. After spending well over a thousand lunch times with Bill Bennett, just when I began to think that I had heard every story about Bill Bennett’s life that was imaginable, he would come up with another one.

I could tell you some stories about Bill where he was at the lowest point in his life. When he was an alcoholic at the point where he normally would have been fired from the electric company. Then someone gave him another chance for no other reason than because he understood human nature and cared about his fellow man.

You see. There are a number of people in the electric company throughout the years where they were at the low point in their lives. Sometimes people were there to give them a lift up from the gutter where they had fallen. At other times, they were cast aside mercilessly and forgotten because the company was priority. A useless and hypocritical attitude, I always thought, because what is electricity used for except to help mankind.

When Bill Bennett had reached this point in his life. Someone was there to help him out of the gutter. They brushed him off (the dust I mean). Gave him some self dignity and “let it go”. Bill went on to become a good and compassionate person. I’m sure that those people in his life that helped him back then were the major force in reshaping his outlook on life. He was always fighting for the underdog. Once I understood that. I stopped my kicking and screaming, and picked myself up off of the floor.

So, I thought I would share a couple of my favorite stories about Bill.

When Bill was young, he lived in Oklahoma City, southeast of the capitol a couple of miles in the poor section of town. I could picture this story real well when he was telling it because my soon-to-be wife was living in this same area as she was attending Nursing School at the Oklahoma University Medical School.

Bill recounted this story: One day when he came home from school his dad gave him a little pet possum. 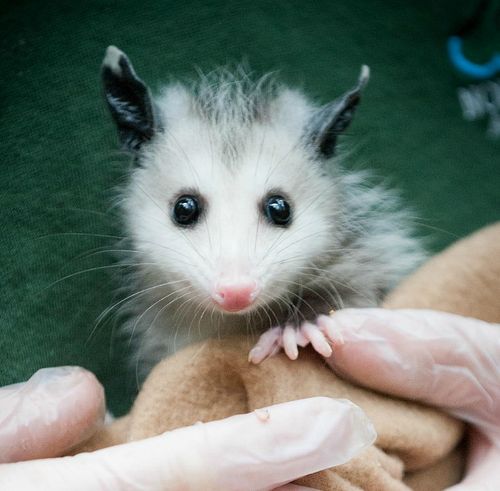 Bill was overwhelmed with happiness. This was like his one and only true friend. He took the possum with him wherever he went. After so many years I don’t remember what name Bill had given the possum, but it was something like “Fred”, so I’ll just call him Fred for the rest of the story.

Bill taught Fred tricks, and he would run up his arm and perch on his shoulder. Bill would walk around the neighborhood proud to have his pet possum Fred sitting on his shoulder. The two became inseparable.

When the summer was over, in the morning when Bill went to school he would have to leave Fred at home. He had a certain sound that he would make to call his possum. So, when he would walk in the door after returning home from school he would call Fred, and he would come out from under the sofa, or the bed, or wherever he had decided to hide for the day. Fred was pretty much a grown possum by this time.

One day Bill came home from school. He didn’t remember whether he had called Fred or not when he came home, but if he had, Fred didn’t answer. This wouldn’t have concerned Bill much since Fred may have just been playing Possum as Possums are apt to do from time-to-time. Anyway. Bill didn’t see Fred when he came home.

When it came time for dinner Bill sat down and his mom served him a nice hot bowl of stew. As dinner progressed, at one point the subject of the stew came up. Maybe one of Bill’s brothers and sisters said, “Hey mom. This is sure some good tasting stew! What is it?” That was the point in Bill’s life when he decided to become a chain smoker and an alcoholic…. well… not all at once… This was just the point that led him down that path.

You see. As Granny in the Beverly Hillbillies would say, “Go eat your Possum Stew Jethro”. Here is Granny running for Possum Queen:

That’s right. Bill Bennett’s mom had cooked his pet possum Fred for dinner. When he heard this he was stunned. He didn’t have the same expression that Jethro had when Granny called him to the dinner table, that’s for sure. 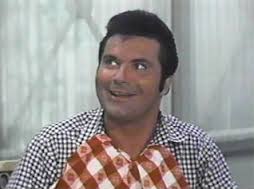 Jethro’s expression when he is waiting to eat

When he asked his parents how they could do that to his pet possum, his father replied, “Why did you think I gave that possum to you?” That was when the grim reality of life hit Bill right between the eyes. Sick to his stomach he left the dinner table. From that day onward, Bill never again ate possum stew.

This might seem like a humorous or cute story to some. To Bill, it changed his entire outlook on life. As I mentioned. He later became an alcoholic. Which even later, with the help of his wife and others, he overcame. Though it was gradual, if you trace his life back, I believe that the downward spiral began at this one crucial point in his life. With the intentional loss of the life of someone he loved.

When Bill would call me a scamp…. I sometimes felt that down inside he was still crying for Fred, and was talking to his father instead of me. I could see a hint of sorrow even in his humor. He knew he could take out his hidden frustration in our presence because Bill always knew that friends like Charles Foster and I would always be there smiling back at him.

Ok. That was one of the more serious stories of Bill’s life, but one that I often think about when I think about Bill. Let me tell you a more humorous story:

Bill Bennett worked for an electronics store at one point in his life before he found his true calling as a “Power Plant Man”. Part of this job included making house calls to work on the security system in homes.

The employees would use the company van to go on house calls. It had the necessary equipment to install and repair the security systems. It also had one curious item sitting on the dashboard. A garage door opener.

The garage door opener was a point of amusement for the employees as they would drive through a neighborhood on the way to someone’s house they would click the opener as they drove along looking around to see if it would open anyone’s garage door. No one knew where the opener had come from, but they thought that just by chance it might randomly open a garage door here or there. 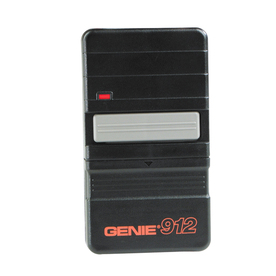 So, here is Bill’s story:

One day he was on his way to do a job in a high-end neighborhood. As he was slowly making his way down the neighborhood street to his destination, he was clicking the garage door opener to see if it would open any doors. When all of a sudden he saw a few houses up ahead that a garage door was opening.

He walked over to the garage and peered in, sheepishly saying, “Hello?” He was conscious that he was a lone lower class black man in a predominantly rich white neighborhood walking into someone’s garage in broad daylight. He took a few steps into the garage when the garage door began to close!

In order to make it out of the garage, Bill would have had to dodge under the closing door, so he just froze in place and awaited his fate.

Sometimes I feel that when a coincidence of this statistical improbability occurs that there is often an extraordinary intervention from above telling you something. I’m sure that this little scare taught Bill something and helped him progress on to the view of life that he had when I met him years later.

I have another very coincidental story about a true Power Plant engineer that was a major turning point in this person’s life that I will share in a couple of years from now. When you read that story it will be very clear that there is someone definitely looking out for poor souls like us.