Some days when everything seems to be going just right, some little thing comes along that throws a wrench into the end of a perfect day. That’s what happened to the husband of the timekeeper at the coal-fired Power Plant in North Central Oklahoma. Vance Shiever had spent the day baling hay into large bails in a pasture outside Morrison Oklahoma. All day while he worked, off in the distance he could see the plant where his wife Linda spent her week days. 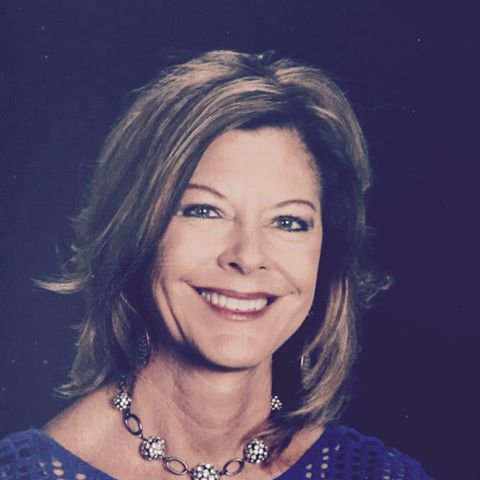 Linda Shiever was one of the first two employees hired at the Coal-fired plant along with Sonny Karcher.  She was hired on May 30, 1978, just 10 days after her marriage to Vance.  During the 20 years I worked at the Power Plant, I heard Linda talk about Vance often.  So, when Ray Eberle began telling me a story about him, I already had a picture of Vance in my head much like Paul Bunyan (having never met him in person):

Like this Paul Bunyan only with tinted glasses. Actually, this is a historian named Wayne Chamberlain

Ray Eberle said that he had stopped to visit Vance this particular Saturday afternoon when Vance was just finishing up loading the bales of hay onto a large flat bed semi-truck trailer.

About that time, Walt Oswalt drove by and saw his best buddy Ray standing out in the pasture talking with Vance, so he pulled off the road to visit Vance and Ray.  This is the same Walt Oswalt that I wrote about last month (see the post:  “Mr. Frog’s Wild Power Plant Ride“).  Ray’s nickname for Walt was Frog.  Even today when I talk to Ray, he refers to him as Frog.

He mentioned that even though his wife has worked there for 20 years (at that time), he had never actually been to the plant.  Ray said that he would be glad to give him a tour of the plant right then and there if he wanted to see it.  This was a tempting proposition for Vance, who had been curious for many years about what actually went on there.

Vance said that it would be great if he could have a tour of the plant, but unfortunately, he still had to tie down all the bales of hay on the truck before he headed off to Muskogee to deliver his load by morning.  At this point Walt spoke up and said that Vance should go with Ray on a tour of the plant.  Walt said he would tie down the bales.  Vance replied that he wanted to make sure the bales of hay were properly secured before he took his trip down the turnpike to Muskogee.

Walt was insistent that Vance should go take a tour of the Power Plant and that he would tie down the bales of hay.  He knew how to do it.  Vance gave Walt some instructions about how to make sure the bales were securely tied down, and Walt kept reassuring Vance that he knew what he was doing.

A truck loaded with large round bales properly tied down

Walt finally convinced Vance that he could handle the hay bales, and Vance went with Ray Eberle to tour the Power Plant.  Ray said that Vance was so excited to finally be able to see the plant up close.  Ray gave Vance the full Power Plant Tour, which can take a few hours, especially with a professional story teller such as Ray Eberle:

It was dark when Ray and Vance returned to the pasture where the large semi-truck was parked.  Walt was taking a nap in his car waiting for them to return.

Vance asked Walt if he had tied down the bales of hay, as it was too dark to tell for sure.  Walt assured Vance that the bales of hay were securely tied down to the bed of the trailer.  He had no need to worry.  Now it was time for a second favor…

Ray had given Vance a long desired tour of the Power Plant, so Ray asked Vance if he would do a favor for him.  Ray had never had the opportunity to ride in a “Big Rig” Semi Truck, so he asked Vance if he would let him ride with him to Muskogee and back.  Walt would follow along behind them to bring Ray back home when they arrived in Muskogee.

Vance was glad to return the favor.  Ray climbed into the truck and it pulled out of the pasture and onto the dark highway 64, then the Cimarron Turnpike that ran next to Morrison.  Walt, following along behind.  The traffic on this particular stretch of the Cimarron was always light, especially on a Saturday night.

This was a perfect day for Vance.  He had spent the day doing what he loved.  Baling Hay and loading it on the trailer.  The first class tour of the Power Plant with the best tour guide in Oklahoma and the surrounding states (since Mark Twain is no longer with us).  Now, driving down the highway with a load of hay with a good friend sitting shotgun.  What could be better?

Ray was thinking that there was something in the air that just wasn’t quite right.  The few other cars that were driving down the highway seemed to be driving a little more erratic than usual.  Well, it was Saturday night….  Maybe that was the reason a couple of cars swerved around the truck honking their horns before speeding off into the night.

Eventually, one car pulled up alongside the truck so that Vance could see the person in the passenger side.  They were frantically pointing back behind them.  Oh No!  Yeah.  That’s right.  If you have been reading this post with more than a simple glance, you have already surmised what was happening. Vance quickly pulled off the side of the road and came to a stop.

Ray finally realized what was happening at that point…  As they were travelling down the highway, the bales of hay had been flying off the truck into the middle of the dark highway.  Vance jumped out of the truck yelling, “I’m going to kill him!  I’m going to kill him!”  He stood in the middle of the highway, fists out at his side, waiting for Walt to show up… after all, he was following the semi when they left the pasture.

Ray could see Vance standing in the middle of the highway like Paul Bunyan, with the red glow of the tail lights dimly lighting the back of the truck.  Waiting for Walt to arrive… but Walt didn’t show up.

Ray and Vance spent the next hour or so walking down the highway pushing the large round bales off the side of the turnpike.  Luckily, few cars were travelling on the Cimarron Turnpike that night and no one was hurt (yet).  After walking a couple of miles back to the truck both Ray and Vance were worn out.  They were beat.  All the rage that Vance had felt when he realized that Walt had not tied down the bales was gone.  He was too tired at that point.

About that time, Walt Oswalt came driving down the highway and saw the truck pulled over.  He pulled up behind the truck.  Vance was too tired to confront him for his failure to secure the bales.  Where had Walt been for the last hour and a half while Ray and Vance had been rolling bales of hay off of the road?  That’s what they really wanted to know.

Walt said that when they left the pasture he suddenly realized that he was hungry, so he went down to the diner in Morrison and ate some supper.  When Ray was relaying this story to me, he said, “Walt’s stomach probably saved his life.  By the time he showed up, Vance was too worn out to kill him.  Besides… that really wasn’t Vance’s nature.  But there for a moment, I thought if Walt had showed up right away, his life may have been in danger.”

Of all the Walt Oswalt Stories, this is my favorite.  When I sat down to write my post this morning, this story was on my mind, so I thought for a moment what would be a good title.  I thought of the game of Frogger where the frog jumps across the road dodging the cars.  In this case, of course, it was the cars that were dodging the round bales of hay that were placed there because of the actions of a man whose best friend calls him “Frog”.  So, I wrote:  “Power Plant Trip Leads to Game of Frogger”.

A game of Frogger

Then I thought, I have pictures of Ray and Walt.  Let me see if I can find a picture of Vance on the Internet.  So, I did what I usually do in this instance.  I opened up Google and searched.  I typed Vance Shiever, Morrison Oklahoma.  The link at the top of the page said, “Vance Lee Shiever – Stillwater News Press:  Obituaries”.  Oh No!  What?!?!

I quickly clicked the link and my heart fell.  There was a picture of a man smiling back at me… Vance Lee Shiever. 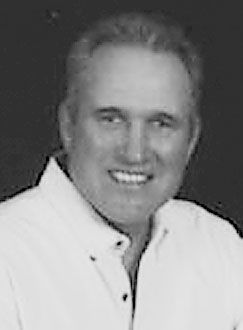 Vance died this past Tuesday from pancreatic cancer.  I had no idea!  I have been so busy this past week that I haven’t even logged into Facebook since last weekend.  If the dates are right, (because I know that Stillwater News Press often misspells names and dates), then Vance is having his funeral service this very afternoon.  I don’t believe for a moment that this is just a coincidence.

I have found that the members of the Power Plant Family in which I was a member for 20 years keep in touch in various ways.  Sometimes it is by e-mail. Sometimes it is through Facebook.  Other times, we just think about each other, and we just seem to know that something is up, even when we aren’t sure what.  I believe that is what happened this morning.

This past month three people have died in the Power Plant Family.  Walt Oswalt, Vance Shiever, and Ray Eberle’s wife Barbara.  I have often heard it said at the Power Plant that things always seem to happen in 3’s.  This Power Plant Post was one story about those three. 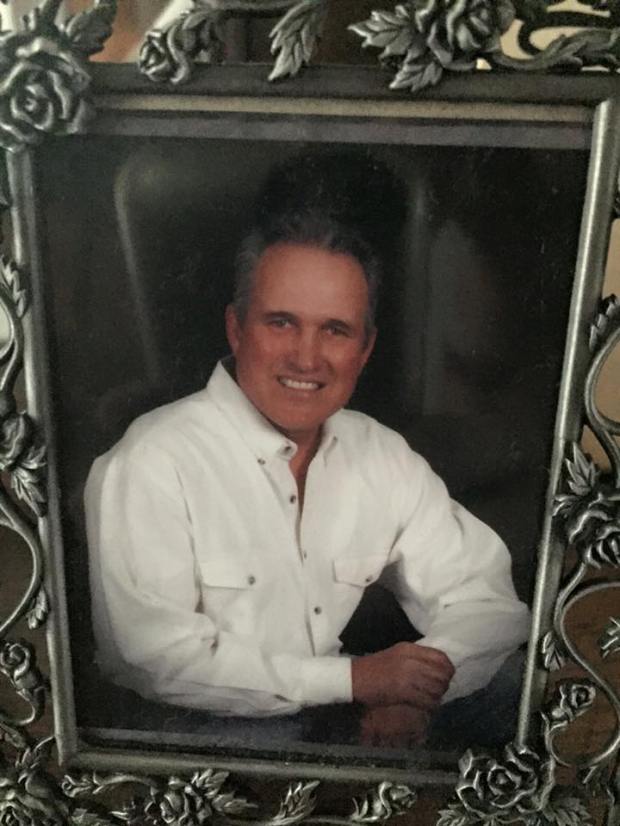 I can now picture Vance watching over his family from Heaven.  By the way that Linda always spoke of Vance, I know that he was one of those rare people full of kindness.  I also picture him going through the videos of his life with Saint Peter.  All those happy days he spent with Linda, and their children Beau and Lindsey….

Then as Saint Peter works the remote, he pulls up the video of Vance out in the field loading the round bales on the trailer as Ray pulls up in his truck.  As they watch this story unfold, they both break out in laughter as they watch Vance standing like Paul Bunyan in the middle of the highway waiting for Walt.  Saint Peter puts his arm around Vance, as they turn and enter the gates of Heaven.  Saint Peter mentions one last thing to Vance, “Yeah.  It is like Ray said…. Walt’s stomach saved his life.”

Addendum to this story:

After posting this last week, Ray Eberle contacted me and pointed out that Vance had died one year ago to the day from the date I created this post on November 7, 2015.  He actually died November 7, 2014.  No one had told me about Vance’s death, and when I pulled up Facebook, the first picture I saw was a picture of Vance, which further enforced my thought that he had died this past week.  The family was remembering his funeral service from the previous year. — This would explain why the Stillwater NewsPress said that he died on a Monday, when the date was on a Tuesday.