George Pepple was the chemist at the plant when I first arrived in 1979.  His last name is pronounced  “Pep-Lee”.  A chemist plays an important role in a power plant.  The plant treats their own water and has it’s own sewage system.  The chemist spends their time with these activities.

They do other things like check ground water for contaminates, and lake water for bacteria, and a host of other things.  Hydrochloric Acid is used to balance the PH of the water.  As far as I know, George Pepple was the only one at the plant with a PhD, which gave him the title of Doctor.  No one called him Dr. Pepple (which sounds like a soda pop).  We either called him George or Pepple (Pep Lee) or both.  He had a sort of Einsteinian simplicity about him.  To me he was the perfect combination of Einstein and Mr. Rogers from “Mr. Roger’s Neighborhood”: 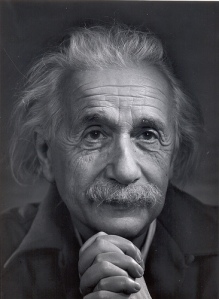 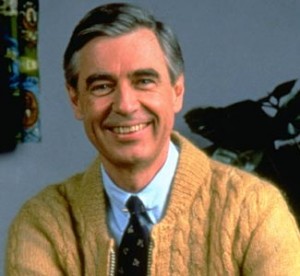 One other thing I would like to add about George was that he developed a special process for Cupric chloride leaching of copper sulfides.  This was a patented process (1982) which is now owned by the Phelps Dodge Corporation which is a copper and gold mining company.  As humble as George Pepple was, he never mentioned this to anyone at the plant as far as I know. 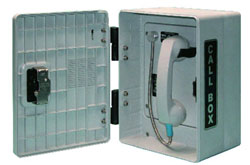 Before I get to the point where George is dancing in the acid, I first need to tell you about Gary Michelson, since he had a role to play in this jig.  In an earlier post: In Memory of Sonny Karcher, A True Power Plant Man, I remarked that Sonny Karcher had told people when he introduced me to them that I was going to college to learn to be a writer (which wasn’t exactly true.  The writing part I mean…. I was going to college… and.. well… I am writing now), and that I was going to write about them.  In doing so, some people took me in their confidence and laid before me their philosophy of life.

Jerry Mitchell being one of them (as you can read in an earlier post about “A Power Plant Man Becomes an Unlikely Saint“).  Jerry had filled me with his own sense of humility, where it was important to build true friendships and be a good and moral person.  His philosophy was one of kindness to your fellow man no matter what his station in life.  If there was someone you couldn’t trust, then stay clear of them.

Gary Michelson was another person that wished to bestow upon me his own personal wisdom.  We worked for about 3 days filtering the hydraulic oil in the dumper car clamps and in the coal yard garage.  While there, he explained to me why it was important to be the best in what you do.  If you are not number one, then you are nobody.  No one remembers who came in second.

He viewed his job performance and his station in life as a competition.  It was him against everyone else.  He didn’t care if he didn’t get along with the rest of the people in the shop (which he didn’t) because it is expected that other people would be jealous or resentful because he was superior to them.

According to Gary his family owned part of a uranium mine somewhere in Wyoming or Montana.  He thought he might go work for his father there, because truly, he was not a True Power Plant Man.  He reminded me slightly of Dinty Moore.  Like a lumber Jack. 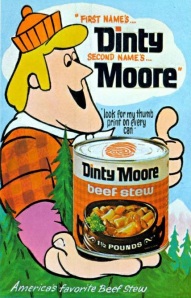 As I mentioned in the post about the “Power Plant Genius of Larry Riley“, Gary Michelson had the title “Millwright”.  Which no one else in the shop seemed to have.  He had been certified or something as a Millwright.  Gary explained to me that a Millwright can do all the different types of jobs.  Machinist, Mechanic, Pipe fitter, etc.

I remember him spending an entire week at a band saw cutting out wedges at different angles from a block of metal to put in his toolbox.  Most mechanics at this time hadn’t been issued a toolbox unless they had brought one with them from the plant where they had transferred.  Gary explained to me that his “superiority was his greatest advantage.”  Those aren’t his words but it was basically what he was saying.  That phrase came from my son who said that one day when he was imitating the voice of a video game villain named Xemnas.

Filtering the hydraulic oil through the blotter press was very slow until we removed most of the filters. 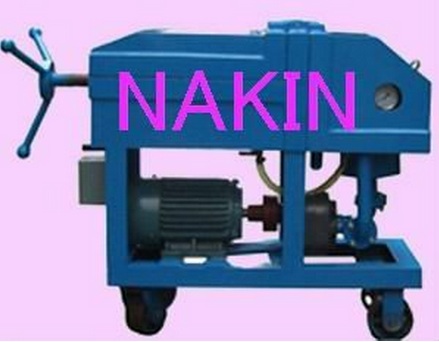 An Oil Blotter Press Similar to the one we had, but our press did not have “NAKIN” written on it.

It was a job that didn’t require a lot of attention and after a while became boring.  That gave me more time to learn about Gary.  He filled the time with stories about his past and his family.  Since I hadn’t met Ramblin’ Ann at this point (See the post “Ed Shiever Trapped in a Confined Space with a Disciple of Ramblin’ Ann“), I was not able to contribute my share.  In the middle of this job we were called away to work on a job in water treatment where a small pump needed to be re-installed.

During this time at the plant every pump, fan, mill and turbine were brought to the maintenance shop and disassembled, measured, cleaned, honed and reassembled before the plant was brought online for the first time.  This is called doing a “check out” of the unit.  The electricians would check every motor, every cable and every relay and alarm.  The Results team (Instrument and Controls as they were later called) would check out the instrument air, the pneumatic valves and the control logic throughout the plant.

Gary had me go to the tool room and get some rubber boots and a rain suit.  When we arrived at the water treatment building George Pepple was there waiting for us.  The pump was in place and only the couplings needed to be connected to the acid line.  Gary explained to me as he carefully tightened the bolts around the flange that you had to do it just right in order for the flange to seat properly and create a good seal.  He would tighten one bolt, then the bolt opposite it until he worked his way around the flange.  He also explained that you didn’t want to over-tighten it. 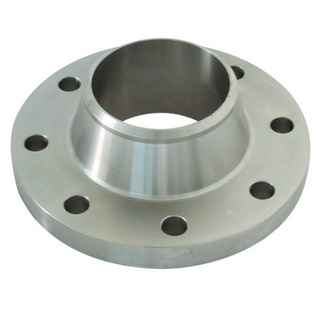 Anyway.  When he was through tightening the couplings I was given a water hose to hold in case some acid were to spray out of the connections when the pump was turned on.  After the clearance was returned and the operator had closed the breaker, George turned the pump on.  When he did the coupling that Gary had so carefully tightened to just the right torque using just the right technique sprayed a clear liquid all over George Pepple’s shoes.

Gary quickly reached for the controls to turn off the pump.  I immediately directed the water from the hose on George’s shoes while he began to jump up and down.  In last week’s post I explained that when I was working in the River Pump forebay pit shoveling sand, there was a point when I realized that I was covered from head to foot with tiny crawling bugs, and I felt like running around in circles screaming like a little girl (See “Power Plant Men Taking the Temperature Down By The River“).

If I had done that, I probably would have been singing the same song and dance that George Pepple was doing at that moment.  Because he indeed was screaming like a little girl (I thought).  His reaction surprised me because I didn’t see the tell tale signs of sizzling bubbles and smoke that you would see in a movie when someone throws acid on someone.  I continued hosing him down and after a minute or so, he calmed down to the point where he was coherent again.  He had me run water on his shoes for a long time before he took them off and put on rubber boots.

After hosing off the pipes, Gary took the coupling apart and put the o-ring in place that he had left out.

I made a mental note to myself.  — Always remember the o-ring.

Besides those two jobs, I never worked with Gary Michelson again.  When I returned the next summer Gary was no where to be found.  When I asked Larry Riley about it, he just said that they had run him off.  Which is a way of saying…  “He ain’t no Power Plant Man.”  George Pepple on the other hand was there throughout my career at the power plant.  He was a True Power Plant Man, PhD!  When George was around you knew it was always “A wonderful Day in the Neighborhood”.  When I would hear George Pepple paging someone on the Gray Phone (the PA system) in his own peculiar way, I would think to myself… “I like the way you say that.” (As Mr. Rogers used to say).  I will leave you with that thought.