This was originally posted on January 7, 2012

When I heard the sad news of the death of Sonny Karcher on 11/11/11 (November 11, 2011), I wished I had been able to attend his funeral.  I did reserve some amount of time that night when I heard about his death to remember the times I have spent with Sonny.  All of them good, as Sonny was always pleasant to be with even when he was mad about something.  Here are some of the first and last things I remember:

When I first worked at the Sooner power plant the summer of 1979, The first two mechanics I worked with were Sonny and Larry Riley.  They taught me how things were at the plant at that time.  Both of the units were still under construction, so there was no electricity being generated.

The first job we were to work on was on second day at the plant, since the first day was taking a safety class, and getting my hard hat and safety glasses and getting fitted for ear plugs. We were supposed to work on a stuck check valve in the dumper sump pump pit.  Not only did I not know what a check valve was, I wasn’t too sure what was meant by a dumper sump, though I did recognize the word “pump”.

It took us about an hour to take the truck to the coal yard, as a coal yard foreman Richard Nix had the key and wasn’t going to give it to us until one of his hands was ready to go with us.  So we sat in the truck parked in the north entrance of the maintenance shop for almost an hour.  When the guy was finally ready, and he had climbed in the back of the pickup, it turned out that he only needed to go as far as the parking lot… about 200 yards away (as the parking lot was at the Engineer’s shack at the time).  We dropped him off and drove up to the coal yard, and made our way down belt 2 to the sump pump pit at the tail end of the belt.

We tested the pump and saw that the water would run back into the sump once the pump stopped running.  So, it was determined that the check valve was stuck.  We drove back to the plant and took the morning break.

About an hour later, Sonny told me to go to the tool room and get the following items (which I thought was a joke, because he gave me such a strange list of tools that I didn’t recognize):   Two ¾ box ends (pronounced “three quarter box ends”), One four foot soft choker, a ¾ come-along, a ¾ shackle, a two foot steel choker a flat bastard file, a large channel lock, and two pry bars (I did recognize Pry Bars and shackle, which I believed was thrown in there just to make the list sound legitimate).  – I wrote down the list, because I recognized right away that a joke was being played on me and I was going to play right along.

So, I went to the tool room and I asked Bud Schoonover (a very large tall and easy going man at the time), “I need a ¾ come-along (I thought I would choose the most ridiculous item on the list first, just to get on with the punch line of the joke…).  Well.  Bud turned around, walked to the back wall, took a come-along off the top of a pallet full of what appeared to be a bunch of junk, and laid it across the tool room gate window (The tool room was still being “organized” at the time and the gate was actually a window in A foreman’s office next to the tool room).  — not the regular gate that has been in the tool room for the past 35 years.

So, I asked for two ¾ box ends (this was before anyone had been issued toolboxes by the way, that’s why we had to go to the tool room for these things).  Well, you know the rest of this part of the story.  These are all legitimate items, and I learned a lot that day and the next few weeks about the names of various tools.  I kept that list in my wallet for over 10 years as a reminder to myself of when I first came to the plant, and how much I didn’t know then.

So, Larry, Sonny and I went up to the coal yard, and went down to the tail end of #2 belt and removed the check valve from the discharge pipe and brought it back to the maintenance shop to repair.  When we returned, we went to lunch.  During lunch Sonny told me about how he was hired at Sooner plant.

He said he lived a few miles down the road and had heard that someone was building a lake up on top of the hill he could see from his property.  So, he went on over to see who was dumb enough to build a lake on top of a hill, and while he was looking around Orville Ferguson came up to him and asked  him if he was looking for a job.  Sonny said that he liked to mow grass, and Orville said that he would hire him to mow grass then.  Sonny said, if I remember correctly, that he was hired at the same time that Linda Shiever, the timekeeper, was hired and that they were the first two new hires at the plant.  The rest were already company employees that had transferred there.

After lunch we went down to the shop and took the check valve apart and what do you know….  There was a piece of coal stuck in the check valve keeping it open.  We cleaned it up and put it back together.  When we were finished, we took our afternoon break.  After break we drove back up to the coal yard and went down to the tail end of #2 Conveyor belt and put the check valve back in the discharge pipe.  When we returned to the maintenance shop, we returned the tools to the tool room and filled out our time cards.  A day’s worth of work cleaning a check valve.

I did many other things that first summer, since Sooner Plant didn’t have a yard crew yet, I worked most of the time in the maintenance shop bouncing around from crew to crew helping out.  I also did a lot of coal cleanup (especially on weekends), since the conveyor system didn’t work correctly when they started it up when they were starting to fire up unit 1.  See the post “Spending Long Weekends with Power Plant Men Shoveling Coal“.

The second day before I left at the end of the summer to go back to school, I worked again with Larry Riley and Sonny Karcher to fix the exact same check valve.  This time we jumped in a truck (we had a lot more trucks now…. Which is another story — See the post: “Experiencing Maggots, Mud and Motor Vehicles with Dee Ball“), went to the coal yard, went down #2 tunnel to the tail end of #2 Conveyor, pulled out the check valve, removed the piece of coal, put the check valve back in, went back up to the truck and back to the maintenance shop just in time for morning break. Sooner Plant had improved a lot in the short three months I worked that summer.

I worked many years with Sonny Karcher in the garage, and fixing coal handling equipment, and just about anything else.   He finally left the plant to go mow grass, when after a battle to move to the garage from coal yard maintenance to mow grass, he was told that he was going to have to go back to the coal yard to be a coal yard mechanic, because he was real good at that and they just needed him up there.  So he left the plant.

He talked to me about it before he went, that’s how I know what was on his mind.  He said, “Kev, you remember when you first came here and I told you how they hired me to mow grass?  Well, that’s what I want to do.  Mow grass.  So I’m going to have to go back home and do just that.”

After that, the only times I remember seeing Sonny was when he was mowing grass down at Bill’s corner, with a smile on his face waving at the Sooner plant employees on their way home from work.

I can see Sonny talking to St. Peter at the gates of heaven now…..  The only words I can hear Sonny saying is, “I like to mow grass”… and St. Peter nodding with approval and points out that they have a lot of green pastures as he lets him through the gates. 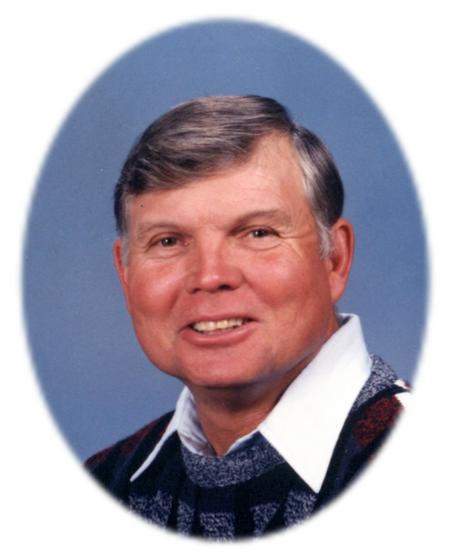