I have often mentioned Jim Heflin in many of my posts. One might think from the attitude that Jim had toward me in a few of those posts was that we didn’t get along. Nothing could be further from the truth. Jim and I were best of friends during the time that we worked together and when we carpooled together back and forth from Ponca City to the Power Plant Kingdom in the midst of North Central Oklahoma.

I have mentioned before that Jim gave me the impression of a friendly hound that was happy to see you. 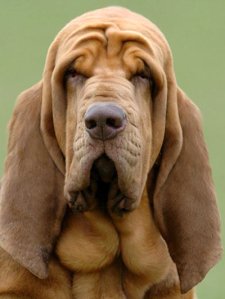 The Splittin’ Image of Jim Heflin

That’s him all right, except he had a happier expression. I also mentioned that the first time I talked to his wife Brenda on the phone I made the mistake of calling her “Brenda Bulldog” because of a character that my wife and I used as a point of contention between us. As I mentioned before, I should have chosen something more becoming since there was a slight resemblance of Brenda Sue and a Bulldog…. 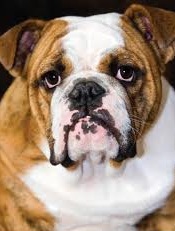 Brenda had red hair and this expression

Besides that Faux Pas, Jim and I remained friends.

Jim was fun to be around because you could joke around with him, and you could tell that he was happy to be there. You could also tell that Jim was a very kind person. He didn’t like to see animals hurt, and felt bad when he knew he had accidentally mowed over even a field mouse with the Brush Hog. He was the kind of person you could put in a carnival in a tent and have people pay 50 cents to go see a happy lovable person, and people would come out feeling like they received their money’s worth.

Unlike most posts where I start out talking about a person, I usually end up telling you that they have died.  Jim is still alive and well. Jim Heflin is living in Moore, Oklahoma with Brenda to this day (Update:  Now Jim is living in Guthrie, Oklahoma). I was just remembering all the fun times that I had with Jim and thought I would share some with you to give you a flavor of the man.

So, here is a moment that I often think about when I think about Jim. He was driving to work one morning and I was in the front seat next to him. He kept looking at his side window and lifting up his nose at the window like he was sniffing it. It reminded me of a hound dog in a car that was trying to tell you that they wanted the window rolled down so they could stick their head out. He would do that for a few seconds, then he would look back at the road and pay attention to his driving. A little while later he would be back to sniffing the window with his nose pointing up to the top of the window.

Finally I couldn’t take it anymore, so I asked him, “Jim… what’s up? Why do you keep sniffing at that window?” He looked at me like he had forgotten I was in the car and just realized that I had been watching him. “Oh!” he said, “I’m trying to sneeze.” Thoughts flashed through my mind like, “Maybe he’s allergic to windows…” or “I hope that Jim hasn’t lost his mind, or I’m going to have to find another ride back to town in the evening…” or “Yeah, that’s right. Why didn’t I think of that?” Finally the thought came to my mind to ask him how that was going to help him sneeze, so I said, “Huh?”

That was when I learned something that I suppose I should have known by then, but no one ever told me… Jim was pointing his face at the rising sun, and the sunlight was helping him sneeze. That’s right. Some people have this uncanny “allergy” or “gift” or “talent” that causes them to sneeze when they look up at the sun. Especially, I figured, if they sniff a lot like a dog sniffing a window. I do remember that Jim gave it up, and we made it to the plant without a single sneeze.

Now unfortunately, whenever I hear a sneeze, I look around to see if the sun is shining on their face, just so that I can catch someone having a “Sun Sneeze”. Years later, my wife confirmed that, yes, some people sneeze when looking at the sun. I may have even been doing that before and didn’t realize it.

I have even become some what of a pseudo expert on the subject and can now tell you that since my son sneezes as he steps out into the sunlight that, “Yes… It is a known fact that some people sneeze because of the sunlight shining on their face.” You just don’t know when moments of life-changing education is going to come along and raise your IQ. Like that morning riding alongside Jim Heflin on the way to work.

Another time I often think about when thinking about Jim Heflin was in 1982 when we were dropped off below the dam when the floodgates had been open so the lake level could be lowered in order for EPA, or whatever department could inspect our dam and dikes. Evidently, after the lake had been full for 3 years, it had to be inspected, and repaired where it was deemed necessary. Because a large amount of water was being released, the Electric Company wanted to make sure that we weren’t accidentally flooding anyone’s land beyond the foot of the dam down to the Arkansas River. So Jim Heflin and I were commissioned for that job.

We were dropped off at the foot of the dam and we were to follow the creek as it wound through the countryside down to the river. Instead of the creek just heading straight toward the river, it ended up turning south for a while, and winding back and forth a bit, and what would have been about 1/2 mile straight to the river seemed like more than 2 or 3 miles. Anyway, we didn’t find the creek running over it’s banks, and everything was fine. We didn’t have any great adventures where we were chased by wild animals, or we saw Bambi or anything like that. We just spent a couple of hours walking through fields and trees and brush, and we talked. We had a great time talking about nothing in particular.

I’m afraid that this was shortly after I had learned how to ramble from Ramblin’ Ann, so I was doing most of the talking (You can read more about that in the post about Ed Shiever Trapped in a Confined Space with a Disciple of Ramblin’ Ann). But anyway, I had a great time with Jim just walking out in the woods talking about whatever came up.

I have found that there are times in life where I am sharing an experience with someone when I realize all of the sudden that I truly care for this person and I would do anything to help them if they needed it. I tend to imagine all sorts of scenarios when I’m in a situation and I remember that I was thinking about what I would do if a wild animal were to come charging through the woods toward us, and my main concern was how I could protect Jim. Jim was the kind of guy that looked like he needed protecting. I even looked around and found a good sized walking stick just in case the need should arise.

When we returned to the road where we had been dropped off, we still had about 1/2 hour before anyone was going to come pick us up and it started to rain really hard. At that spot there was a little hut that I would call a “monitoring hut”. It was the same kind of hut that was at the River Pump station that had the temperature recorder that was used to monitor the temperature of the Arkansas river (see the post, Power Plant Men Taking the Temperature Down by the River). So, we stood in the little hut until the rain stopped.

If I were to sum up the three summers as a summer help working in the Garage, I would call them my “Adventures with Jim Heflin”. It was Jim that I worked with most of the time. We cleaned the park twice each week. Mowed grass. changed oil in the trucks. Washed trucks in the special truck washing bay behind the garage. Picked up rocks from the fields so the mowers could mow without tearing up the equipment. Changed and repaired flat tires.

Throughout all of this I was keenly aware that as nice a guy that Jim was, he wasn’t a True Power Plant Man. Like Sonny Karcher, he longed for a more simple life. Power Plant Men rarely have a simple life. It is filled with one crazy adventure after the other. When you drive through the gate, you have no idea what you might be doing that day. Like Sonny, Jim would have loved to have mowed grass clear across the country until the day he died.

So, I wasn’t too surprised when Jim and I were driving home one evening and Jim told me that he was going to leave the plant. He tried to explain it to me by coming up with various reasons why he was unhappy with his job; which was no longer in the garage. He didn’t really have to convince me. I knew. The Power Plant Life was not for Jim. He was sad about it, but at the same time I could tell he had already made up his mind.

After Jim left, I never saw him again. I never ran into him in town or heard from him. I had heard that he had moved to Oklahoma City, and I believe now that he lives in Moore, Oklahoma as I mentioned before. I have another friend from my childhood that lives in Moore, Oklahoma that may have an occasion to read this blog. His name is Dr. Bryan Treacy (Well, since my original post Bryan has moved back to Columbia Missouri now to the town where we grew up as children – so this next paragraph probably isn’t ever going to happen).

So, I would just like to say to Bryan, that if you are walking down the street in Moore someday and you see a couple coming out of a Sirloin Stockade, or Wendy’s and one of them looks like a bloodhound and the other sort of like a bulldog, just walk up to them and tell them that Kevin Breazile says Hello. And then just before you go, say, “Oh, and Otto says that Brenda bulldog sure has a cute wiggle.” — Now I’m really going to get it… and not from Brenda….

Here is a picture of Jim Heflin today, 33 years after our adventures in the forest: 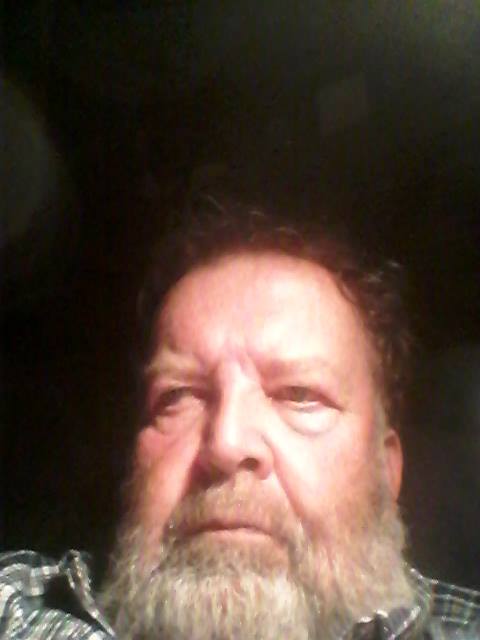 Update:  I recently talked with Jim Heflin.  We had a great conversation and talked as if it had only been the other day since we were working in the garage when I was a summer help.