Marlin McDaniel caught my interest when he mentioned that he had a pet Mongoose in his office.  The only actual experience I had with a Mongoose had to do with a set of Hot Wheels that my brother and I had as kids.  In 1968 shortly after Hot Wheels came out, they had a pair of Hot Wheel cars that was advertised on TV.  Don “Snake” Prudhomme or Tom “Mongoose” McEwen.  Which do you want to be? 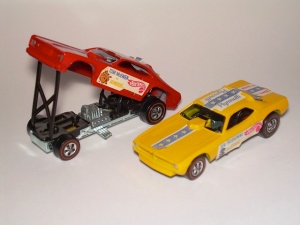 Somehow I didn’t think Marlin McDaniel was talking about a fancy Matchbox car.  Especially since he said he kept it in a cage under his desk.  I knew the plant grounds was designated as a wildlife preserve, but at that time in my career, I thought that just meant that there were a lot of Construction Hands around that were still constructing the plant.

The Construction Hands that worked for Brown & Root were wild enough.  When they wanted a break from the hot sun, one of them would sneak on over to the gas station / convenience store just down the road and call the plant to report a bomb had been planted somewhere.  All the construction hands would have to report to the construction parking lot and wait until the all clear was called, which usually gave them the afternoon off.  —  That’s known as the “Law of the Hog”, which I will discuss in a much later post.

I had not been working at the coal-fired power plant very long my first summer as a summer help in 1979 before Mac (as we called Marlin McDaniel) asked me if I would like to be introduced to his mongoose.  I said, “All Right”.  Thinking…. I’m game… This sounds like a joke to me.

I don’t know if it was because I grew up with my brother and sister, where playing jokes on my sister was a mainstay of entertainment (not to mention a reason for having a close relationship with my dad’s belt, or my mom’s hair brush), but I seemed to be able to smell a joke a mile away.

So, I eagerly awaited to see what Mac actually meant by having a “Mongoose in a cage under his desk”.  You see, as I mentioned above.  I had never had a personal relationship with a regular goose let alone a French one.  Well.  “Mon goose” sounded French to me.  Like “ce qui est?”  “c’est mon goose”  —  Well.  I had a number of years of French, but I didn’t remember the French word for Goose… which is actually “oie”.

Since the actual nature of a real mongoose was lost to me through my own ignorance, I had no fear of meeting a mongoose in a case and actually wondered if it was furry if I might be able to pet it.  So when Mac took this small wire cage out from under his desk and showed it to me, I was not apprehensive that a real mongoose with razor sharp teeth and a terrible disposition was in the little hut in the middle of the cage with his tail sticking out.

Mac explained to me that he must be sleeping and that if he tapped on the cage a little it might wake him up.  He tapped the cage a couple of times when all of a sudden out leaped the mongoose.  I don’t mean that he jumped out of his hut.  I mean that he leaped completely out of the cage.  In one swift motion this ball of fur came flying out of the side of the cage, leaping over the top and  aiming toward my face.

I stepped out of the way and the mongoose landed on the ground in the office and it laid there.  To me, it looked like a squirrel tail with something attached to it.  I recognized right away that this was a joke that was supposed to make me jump in fear.  Only, Mac had never met my sister.  A leaping mongoose wasn’t half as scary as a raging sister that has just had a joke played on her.

I used to have a collection of wasp nest that I kept on my dresser shelves when I was young.  I had considered myself the “Fearless Wasp Hunter” as a kid.  Whenever I found a wasp nest, I just had to have it for my collection. 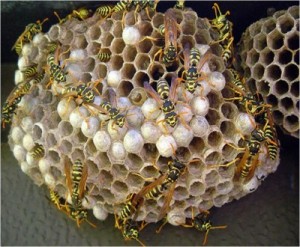 So, I was used to being chased by angry wasps as well.  I don’t know how many times they chased me down only to knock me head over heels when they caught be by slamming into me with their stingers.  They get rather peeved when you throw rocks at their home to try to knock the wasp nest off of the eave of a house.

I was sitting in the middle in the back seat.  Larry Riley skid the truck to a stop and everyone piled out of the truck.  Larry, Doretta, Ronnie, Jim and Bill all jumped out and went over the guard rail to escape the wrath of the wasp in the truck.  I remained in my seat and leaned forward so that I could see the front seat.  I picked up the stunned wasp by the wings and flicked it out the open door.  The others safely returned and we drove on.  —  that was me… The fearless wasp hunter. 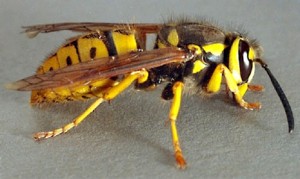 Anyway, back to the Mongoose cage.  If you would like to learn how to make a trick mongoose cage all by your lonesome, you can go to this link:

I only wish they had a picture of it.  As it turns out a Mongoose hunts Cobra.  Later in life I read a story to my daughter written by Rudyard Kipling called “Rikki Tikki Tavi” where a mongoose hunts down a cobra in a garden.  It was then that I remembered Mac’s mongoose in a cage and how I was too ignorant to know to be frightened. 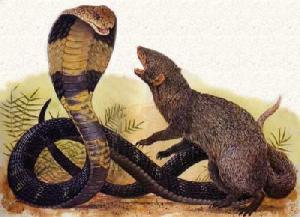 Mac, along with Sonny Karcher first introduced me to Power Plant Humor.  I brought some of this home with me.  The second summer after hearing Mac and others call our Hard hats “Turtle Shells”, I caught some box turtles in my parent’s backyard and painted hard hat names on them using my sister’s nail polish.  I had three turtles in the backyard labelled “Ken”, “Mac” and “Stan” for Ken Scott, Marlin McDaniel and Stanley Elmore.  I probably would have had more, but there were only 3 turtles that frequented our back patio.

I heard a rumor that Marlin McDaniel moved to Elberta, UT where he lives to this day.  I don’t know if it’s true.  I think he would be about 70 years old today.  He was a true Power Plant Machinist that didn’t fit too well as an A Foreman.

Especially since he had to deal with the Evil Plant Manager at the time.  He was bitter about his whole Coal-fired power plant experience since he wasn’t told the truth in the first place that prompted him to take the job at the plant.  So he left to go back to the plant where he came from. 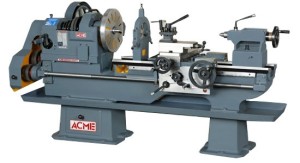 Actually, his expression looked like someone who was thinking about the next joke he was going to play, or story he was going to tell.  I maybe have mentioned it before,  Mac reminds me of Spanky from the “Little Rascals”.  I wish I could see him one more time. 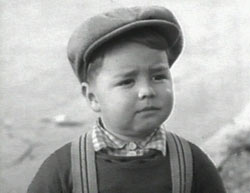