There are some days you wish you could take back after making a grand decision that turns out to look really dumb when your decision fails.  It is important to think outside the box to break new ground as long as you bring common sense along for the ride.  It seemed that during the days when I was a summer help, and even when I was a laborer on Labor Crew that in order to be promoted you had to come up with one grand idea that set you apart from the others and that also failed miserably.

It was said that the electrical supervisor there before Leroy Godfrey (I can see his face, but his name escapes me), was promoted to that position after he caused the destruction of one of the Intake pump motors (a very large pump that can pump 189,000 gallons of water per minute).

To name a couple of minor “Faux Pas” (how do you pluralize that word?  I don’t know), let me start out with the least embarrassing and less dangerous and work my way to the most embarrassing and most dangerous of three different stories of someone thinking out of the box while leaving common sense somewhere behind and maybe wishing they could take back that day.

Tom Gibson, the Electrical Supervisor from our plant was trying to find a way to keep moisture out of the Bottom Ash Overflow Sump Pumps.  This was a reoccurring problem that required a lot of man hours to repair.  The bell shaped pump would have to be pulled, the motor would have to be disassembled and dried, and new seals would have to be put in the pump to keep it from leaking.

A Bottom Ash Overflow Sump Pump or BAOSP for Short

So, Tom Gibson decided that he was going to fill the motor and pump cavity with turbine oil.  All electricians knew that oil used in turbines is an insulator so electrically it wouldn’t short anything out.  But something in the back of your mind automatically says that this isn’t going to work.  I remember helping to fill the motor up with oil in the Maintenance shop and  hooking up some motor leads from the nearby Maintenance shop 480 volt switchgear.  Needless to say, as soon as the pump was turned on, it tripped the breaker and oil began leaking from the cable grommet.  That’s when common sense tells you that the all the oil causes too much drag on the rotor which will cause a 480 motor to trip very quickly.  After removing some of the oil and trying it again with a larger breaker and still having the same result Tom was satisfied that this just wasn’t going to work.  The pump and motor was sent away to a nearby electric shop to be rewound and other ways were developed by the help of our top notch machinist genius Randy Dailey who came up with a positive air pressure way to keep water out of the Bottom Ash Overflow Sump Pump and motor.  Not much harm done and Tom Gibson didn’t feel too bad for trying something that the rest of us sort of thought was mildly insane.

The next story was told to me by my dear friend Bob Kennedy when I was working at a Gas Powered Plant in Midwest City and he was my acting foreman.  So I didn’t witness this myself.  This one was a little more dangerous, but still thankfully, no one was hurt.  Ellis Rooks, the Electrical Supervisor needed to bump test a 4200 Volt motor and wanted to do it in place.  For some reason he was not able to use the existing cables, maybe because that was the reason the motor was offline.  Because one of the cables had gone to ground.  So, he decided that since the motor only pulled 5 to 10 amps he could use #10 wire and string three of them (for the three phases of the motor) from the main High Voltage switchgear across the turbine room floor over to the motor.  Now, most electricians know how many amps different size wires can generally handle.  It goes like this: #14 – 15 amps, #12 – 20 amps, #10 – 30 amps, #8 – 50 amps and on down (smaller numbers mean bigger wires).  So, Ellis thought that since the motor only pulls around 5 amps, and he only wanted to bump the motor (that is, turn it on and off quickly) to watch it rotate, he thought that even though there was normally a 3 – 0 cable (pronounced three aught for 3 zeroes, very large wire), this would be ok because he was only going to bump it. 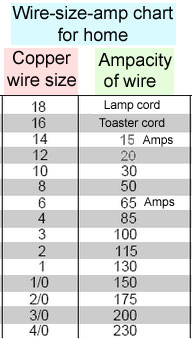 Needless to say, but I will anyway, when the motor was bumped, all that was left were three black streaks of carbon across the turbine room floor where the wire used to exist before it immediately vaporized.  You see, common sense tells you that 4200 volts times 5 amps = 21,000 watts of power.  However, the starting amps on a motor like this may be around 50 to 100 amps, which would equal 210 to 420 Kilowatts of power (or about 1/5  to 2/5 of a Megawatt). Thus vaporizing the small size 10 wire that is used to wire your house.

All right.  I have given you two relatively harmless stories and now the one about cracking the boiled egg in the boiler.  This happened when I was still a janitor but was loaned to the Labor Crew during outages.  When the boiler would come offline for an outage, the labor crew would go in the boiler and knock down clinkers and shake tubes to clean out clinkers that had built up around the boiler tubes in the intermediate pressure area of the boiler.  Clinkers are a hard buildup of ash that can become like large rocks, and when they fall and hit you on the head, depending on the size, can knock you to the floor, which makes wearing your hardhat a must.  Your hardhat doesn’t help much when the clinkers falling from some 30 feet above hits you on your shoulder, so I always tried to suck my shoulders up under my hardhat (like a turtle pulling in his arms and legs) so that only my arms were left unprotected.  It wasn’t easy looking like a pole with no shoulders, but I tried my best.  I think Fred Crocker the tallest and thinnest person on Labor Crew was the best at this.

Before we could get into the boiler to start shaking tubes, the dynamiters would go in there first and blow up the bigger clinkers.  So, for a couple of days some times, at the beginning of an overhaul, you would hear someone come over the PA system about every 20 minutes saying, “Stand Clear of Number One Boiler, We’re Gonna Blast!!!”  This became so common to hear over the years that unless you were up on the boiler helping out, you didn’t pay any attention to it.

This is something that is only done at a Coal-fired Power Plant because Gas Plants don’t create Ash that turns into Clinkers.  Maybe some Soot, I don’t know, but not Ash.  Which brings to mind a minor joke we played on Reginald Deloney one day when he came from a gas plant to work on overhaul.  We were going to work on a Bowl Mill motor first thing, which is down next to the boiler structure in an enclosed area.  We brought our large toolbox and other equipment over to the motor.  Andy Tubbs and Diana Brien were there with Reggie and I.  I think Gary Wehunt was there with us also.  When someone came over the PA system saying, “Stand Clear of Number Two Boiler, We’re Gonna Blast”, all of us dropped everything and ran for the door as if it was an emergency.  Reggie, not knowing what was going on ran like the dickens to get out in time only to find us outside laughing at the surprised look on his face.

Anyway.  That wasn’t the day that someone wished they could take back, but I thought I would throw that one in anyway so that now Reggie will wish that he could take back that day.

When I was on Labor Crew, and we were waiting on the boiler for the dynamiters to blast all the large clinkers, the engineer in charge, Ed Hutchins decided that things would go a lot quicker if all the laborers would go into the boiler and shake tubes while the dynamiters were setting their charges.  Then we would climb out when they were ready to blast, and then go back in.  So, we did that.  All 10 or so of us climbed into the boiler, and went to work rattling boiler tubes until we heard someone yell, “Fire In The Hole!!!”  Then we would all head for the one entrance and climb out and wait for the blast.

The extra time it took to get all of us in the boiler and back out again actually slowed everything down.  We weren’t able to get much work done each time, and everyone spent most of their time climbing in and out instead of working, including the dynamiters.  So Ed had another brilliant idea.  What if we stayed in the boiler while the dynamite exploded?  Then we wouldn’t be wasting valuable time climbing in and out and really wouldn’t have to stop working at all.

Of course, common sense was telling us that we didn’t want to be in an enclosed boiler while several sticks worth of dynamite all exploded nearby, so the engineer decided to prove to us how safe it was by standing just inside the entrance of the boiler with his ear plugs in his ears while the dynamite exploded.  The dynamiters at first refused to set off the charges, but after Ed and the labor crew convinced them that there really wouldn’t be much lost if the worst happened, they went ahead and set off the dynamite. 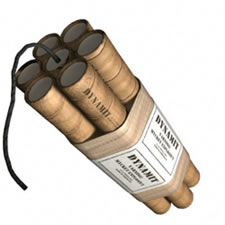 Needless to say…. Ed came wobbling his way out of the boiler like a cracked boiled egg and said in a shaky voice, “I don’t think that would be such a good idea.”  All of us on the Labor Crew said to each other, “..As if we needed him to tell us that.”  I think that may be a day that Ed Hutchins would like to take back.  The day he learned the real meaning of “Concussion”.  I think he was promoted shortly after that and went to work in Oklahoma City at Corporate Headquarters.