Louise Gates seemed reluctant to approach me to ask if I wanted to make a donation for flowers for Grant Harned’s funeral.  Of course I did.  He was a good friend of mine.  We had many carpooling adventures before he left his job as the plant receptionist to move to Tulsa, Oklahoma where he died a little more than a year later in May 1984 in an automobile accident.

Thomas “Grant” Harned had obtained a degree in business from Oklahoma State University before accepting the job at the coal-fired power plant in North Central Oklahoma.  He told me that he thought that once he had his foot in the door that he would be able to advance up the HR chain until he worked his way into a business department downtown at Corporate Headquarters.  Downtown is synonymous for Oklahoma City.

Like many struggling new Power Plant men such as Ed Shiever, Dale Hull and others, Thomas lived in a modest student rental apartment near campus.  Grant lived on West Miller Avenue just off of Main Street in Stillwater.  Soon after I had become a janitor and the summer helps I had been carpooling with had left, I began carpooling with Grant.

Grant was a tall thin man with sandy hair and a moustache that reminded me a lot of Gary McCain (also known as Stick).  I have a picture of him around here somewhere that I found many years after his death when we were cleaning out the office that Louise Gates (now Kalicki) had obtained upon becoming the supervisor over HR.  It is a picture of him sitting at the receptionist desk.

Louise gave me a picture of myself that had been taken when I was a janitor, and as I filed through the other pictures I found Grant’s photo.   I knew no one else at the plant would want the picture as few knew him or even remembered him by that time.  So I took it as well.  Some day when I find where I have placed those pictures, I will post them. (I found the picture since I the original post).

Grant Harned answering the phone at the plant while he worked as the receptionist.

As I mentioned, Grant was just out of the Business College at OSU and he was fired up, ready to make a difference.  He had all sorts of ideas that he shared with me about how the plant and the company business processes could be improved.

He reminds me now of myself years later when I was carpooling with Scott Hubbard and Toby O’Brien and how I would talk about having smart electricity instead of the same dumb electricity we have had for the past 100 years.  Except that Grant’s ideas were about business processes, where my ideas were about electrons moving through a conductor.

For Power Plant Men, carpooling is a way of getting into other Power Plant Men’s minds and understanding them from the inside out.  Each day while driving back and forth from the plant you are basically locked into a confined space with one or more other individuals with nothing but your thoughts, or NPR or in the case of Dale Hull and Ricky Daniels… Beer.

In the case of Grant Harned, he soon became frustrated.  He had graduated from school and wanted to make a difference somehow.  And he wanted it to happen right away.  He would tell Jack Ballard his ideas about how he thought things could change, and each time Jack would shoot it down.

I’m not saying that Grant had great business changing ideas that would change the way Power Plants all over the country operated.  He just wanted to be listened to, and he didn’t understand that there were built-in reasons why we did it the way we did.  The most important was that “We had been doing it this way for 35 years, and we’re not going to change it now.”

For some reason that rubbed Grant the wrong way.  Maybe because he couldn’t help thinking outside the box.  He obviously had trouble understanding the benefit of doing something the same way for 35 years.  I guess he must have missed the class where “because I said so” was a solid business case.

Anyway.  It is true that Power Plant business processes before Grant’s time and for a while after, were based on doing things the same way it has always been done.  I suppose that is why electricity for all those years was the same boring thing…. 60 cycles (60 Hz or 50 Hz in Europe) Alternating Current.  Regular Sine wave, perfectly generated.  Each wave identical to each other.  — But I’ll talk about electricity later.  At this time I was still a janitor. 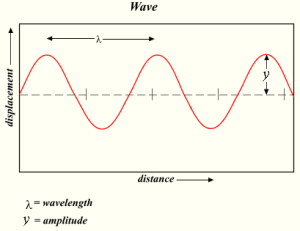 Grant finally decided that he was going to look for another job because he realized that he didn’t have a future at the power plant.  He had been trained as a business person and there was little opportunity to display and cultivate his new found skills at a power plant in the middle of the countryside where everyone was content with the way things were.

Before he left, he gave me some cassette tapes that he used to play on the way to and from work.  I kept them for years until I had worn them out listening to them in my car.  Two of the tapes were The Rolling Stones, one of his favorite bands.

I said goodbye to Grant when he left, but I never forgot him.  Each year on All Souls Day (November 2), I remember him and David Hankins.  He, like most of the men I have carpooled with over the years was like a brother to me.  Those that weren’t brothers, were fathers.

It didn’t occur to me until after I first wrote the original post that years later, I too went to Oklahoma State University while I was working at the plant to obtain a degree from the Business College, Spears School of Business.  I wonder if Grant was looking down giving me a thumbs up as I walked to the podium to get my diploma.

I mentioned that I don’t know where I placed his Power Plant picture, but I do have other pictures (before I recently found it): 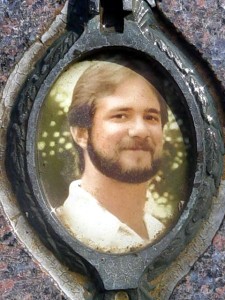 Evidently someone else remembers Grant as I do.  I found these picture of him on a memorial site online.  There is a comment there that says this of Grant:  “Was known in school and by friends as Grant. He had a great sense of humor and would always make you laugh.”

I agreed with Grant.  He really didn’t belong at the power plant.  Power Plant life and culture at the time was not geared toward “continuous improvement” and Six Sigma.  It was about coming home safely at night to your family and doing a good days worth of work and having something to show for it.  He was young and ambitious.

I cherish the time I spent with Grant driving to and from work.  I remember many of the conversations that we had.  Many of them philosophical in nature.  Some having to do with the regular questions people have about life and God.  I know that he was being drawn toward something greater, and in the end I pray that he found it.